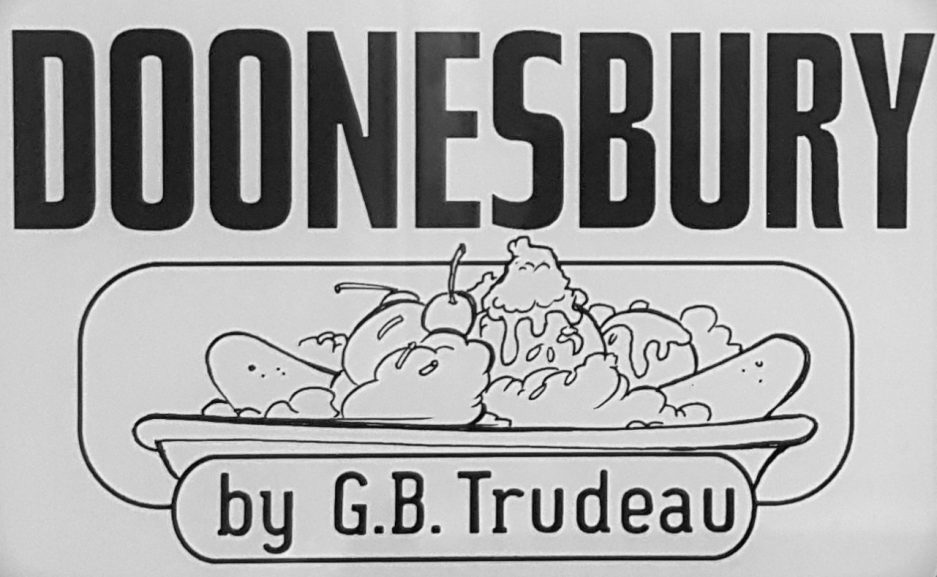 In my last post, I looked at how Garry Trudeau wrote about marijuana in the 1970s and reviewed Box Brown’s comics history of marijuana prohibition, ending with Brown’s chronicle of the gradual legalization of cannabis in some American states as activists promoting the medical benefits of cannabis used the courts to undermine the state’s attempts to keep them from getting the medicine they needed. In the 1980s and 1990s, the AIDS epidemic focused increased public attention on the issue of medical marijuana, bolstering a popular movement that forced a number of states to decriminalize weed for medicinal purposes. But the road to partial legalization was not a smooth one. As people worked to make the law more accurately reflect public opinion about weed, the federal government continued to demonize the drug and lock people up for possessing grass

America’s War on Drugs generally enjoyed wide bipartisan support, but it was the brainchild of a Republican administration – that of Richard Nixon – and two other Republican presidents, Ronald Reagan and George H.W. Bush, did the most to intensify its legal and cultural effects, effects that were disproportionately felt by the African-American community. Ironically, in the Doonesbury universe, a Black man actively tried to capitalize politically on the anti-drug paranoia that the GOP thrived on. In October 1986 Ginny’s partner Clyde, best known for trying to sponge off his girlfriend and playing at being a streetwise hustler, unsuccessfully challenged Lacey Davenport for her seat in Congress. Clyde latched on to anti-drug sentiment as his key campaign issue, running under the slogan “Clyde’s Clean,” and forcing Davenport to defend herself against allegations that she was an addict.

Yet as politicians and candidates like Clyde foregrounded the message that America’s youth should “Just Say No” to marijuana and other drugs, GBT introduced a recurring character who drew attention to the hypocrisy in America’s vilification of cannabis, a relatively harmless drug, in the light of the social acceptability of a drug that killed hundreds of thousands of Americans every year: tobacco. Since 1989, Mike Doonesbury has been haunted by Mr. Butts, an cigarette mascot he imagined for a tobacco advertising campaign. On 21 May 1989, Trudeau introduced Mr. Jay, a giant spliff who gives voice to the social and political tensions surrounding marijuana. All Mr. Jay wanted was to be what Mr. Butts was: “legalized, regulated, and taxed,” as befitting the country’s second-largest cash crop.

Marijuana’s path to legalization, regulation and taxation gained momentum when it intersected with the HIV/AIDS epidemic, which by the 1990s was killing over 40,000 Americans annually. In February 1993, Zonker’s friend Cornell approached him for some help. Cornell was baking marijuana brownies “for severely ill AIDS patients” who used the drug because it “helps block the side effects of chemotherapy.” Cornell’s supplier got busted, and he was hoping Zonker could hook him up. Naturally, Zonker reached out to Duke, and, suitably supplied (after Honey took charge of the project), began helping Cornell bake and deliver marijuana brownies to AIDS patients.

Zonker’s early experience as a purveyor of medicinal marijuana is replete with the type of drug humour Trudeau often injects into strips about weed: Duke being too high to handle sending out a package, a stoner FedEx guy who partakes of the massive stash that Honey sends. That said, the storyline addressed critical questions that arose with debates about decriminalizing medicinal cannabis. GBT drew readers’ attention to how we understood HIV/AIDS and vilified people who lived with the condition. He also thought about how Boomers were seeing themselves and their history with cannabis differently as they became parents to teens.

Doonesbury did more to address the AIDS crisis that anyone else on the funny pages. The story of Andy Lippincott’s struggle with, and eventual death from, HIV/AIDS ranks among Trudeau’s most poignant and hard-hitting work. The misconceptions and fear surrounding AIDS that Trudeau tried to dispel with Andy’s story leading up to his death in 1990 were still predominant when GBT brought the issue back in the context of the medical marijuana debate. When Cornell describes his operation to Zonker and Sam, Sam’s question about “AIDS cooties” and Zonker’s unease at the idea of meeting AIDS patients in person speak to the ignorance and hatred that defined mainstream attitudes towards people with HIV/AIDS.

Yet when we meet Zonker’s first customer, Ed Bruer (“The Dying Guy”), we see the humanity that public perceptions robbed from AIDS patients. While his description of the benefits of grass reveal some of the horrors of living with HIV/AIDS – “intense nausea and vomiting” and “the wasting syndrome associated with AIDS” – Ed is more than a collection of symptoms intended to shock readers or gain their sympathy. Although he only appeared in a handful of panels, we see him as a complete human being, one who benefits enormously from the drug that Zonker brings him.

Ed is also the parent of a teenage son. The Boomers’ children were well into adolescence by the 1990s, forcing their parents to reconcile their history with marijuana with raising kids in a country that demonized pot and pot smokers. An exchange between Mr. Butts and Mr. Jay outlined how the Boomers were “very ambivalent” about weed: they lived in a political climate that defined marijuana as a “gateway drug” that “[led] kids to crack,” but they “[regarded] their own experience with pot as not only harmless, but actually positive.” Zonker displays a touch of this shift in attitudes towards pot when younger people are involved when he meets Ed’s son Julian. When he hears the kid’s new-generation West Coast dialogue (“Hey, like I THOUGHT I heard someone! I was going like, ‘Whoa, is some one here or is this, like, a dream?’”), Zonker is horrified at the possibility that he “gotten into the brownies.” Years earlier, Zonker regaled little kids with fairy tales about heroes being rewarded by receiving their weight in “fine, uncut Turkish hashish.” By the 1990s, that innocence was no longer appropriate, even for an old stoner like Zonker.

Ed gave readers a new image of a “typical” marijuana user: a middle-class parent fighting a horrible disease. Three years after introducing Ed, GBT further shook readers’ perceptions of pot smokers when Millie, an elderly friend of Representative Lacey Davenport, revealed, to Lacey’s horror, that she was using cannabis to deal with the side-effects of chemotherapy. Millie’s buyer’s club – which she describes as “a very nurturing place” – had recently been busted, forcing a sick old woman to endure the “dangerous and stressful” experience of buying marijuana from “a perfectly frightful young man,” and forcing Cornell to again turn to Zonker for help in procuring marijuana for sick people. (While Lacey may have been shocked to learn that Millie used marijuana to help her get through cancer treatments, when her own time came to deal with the disease, she did not hesitate to take advantage of marijuana’s healing properties.)

But by 1996, in California at least, there was hope for people like Millie, as California voters approved Proposition 215, which allowed people to grow and possess marijuana for medical purposes with a doctor’s approval. This was the first time that a state decided to overlook the federal prohibition on marijuana and make it easier for people who benefited from the drug to access it. Millie’s complaints about her situation represented Trudeau doing his bit to urge voters to do the right thing and show the nation that people should be able to get the medicine they needed. As Trudeau campaigned for Proposition 215, he aimed his pen at California’s Attorney-General, Dan Lungren. Millie attacks Lungren, saying he “has a heart like a peach pit,” and “wants to force very ill people to choose between pain and law-breaking.” Lungren lacked the chill required for public service in a country with guaranteed freedom of expression, however, railed against Trudeau for promoting a “permissive attitude” towards weed and requested that Doonesbury be withdrawn from the 1,400 newspapers in which it ran.

Proposition 215 protected some people from harsh marijuana laws, and it marked an important step towards the full legalization of marijuana, but it by no means ended America’s persecution of cannabis growers and users. In January 2002, Mr. Jay reminded us that while Mr. Butts was “still smokin’ over 400,000 folks a year,” the “only thing that [he] caused was 735,000 arrests.” Later that year, the War on Drugs claimed Zonker’s buddy Cornell, after a raid on a medical marijuana operation in which federal agents “handcuffed patients to wheelchairs.” (This story describes an actual raid of the types to which Trudeau was referring: it captures viscerally the inherent brutality of a raid by armed agents of the state on a medical facility.) Trudeau’s loathing of the George W. Bush administration’s approach to marijuana enforcement is clear: as Cornell asks how “compassionate conservatives” could “disregard state law” in order to “deny people the only drug that alleviates their suffering,” we see the Attorney General ordering agents to “get out there and kick some terminally ill ass.” Six years after his home state legalized medical marijuana, Cornell began a twenty-year sentence for the crime of helping sick people.

When Zonker visits Cornell in prison, he predicts a future in which Congress will fully legalize marijuana and the state will amnesty everyone who’s been locked up for cannabis possession. Cornell doesn’t buy it, and, even with expanded legalization at the state level and in a handful of countries, including my own, neither do I. American marijuana laws, as we saw last time out, are inextricably tied to American racism, and probably won’t change in the absence of a larger reckoning with white supremacy.

But things are, in some states, very different now than when they were even at the time of Cornell’s sentencing. In the final chapter in this series, we’ll look at how Zonker worked within the spaces provided by changes in marijuana prohibition to find his true calling as a purveyor of fine bud.

3 thoughts on “Marijuana in Doonesbury, Part II: Medical Cannabis, AIDS and the Law”